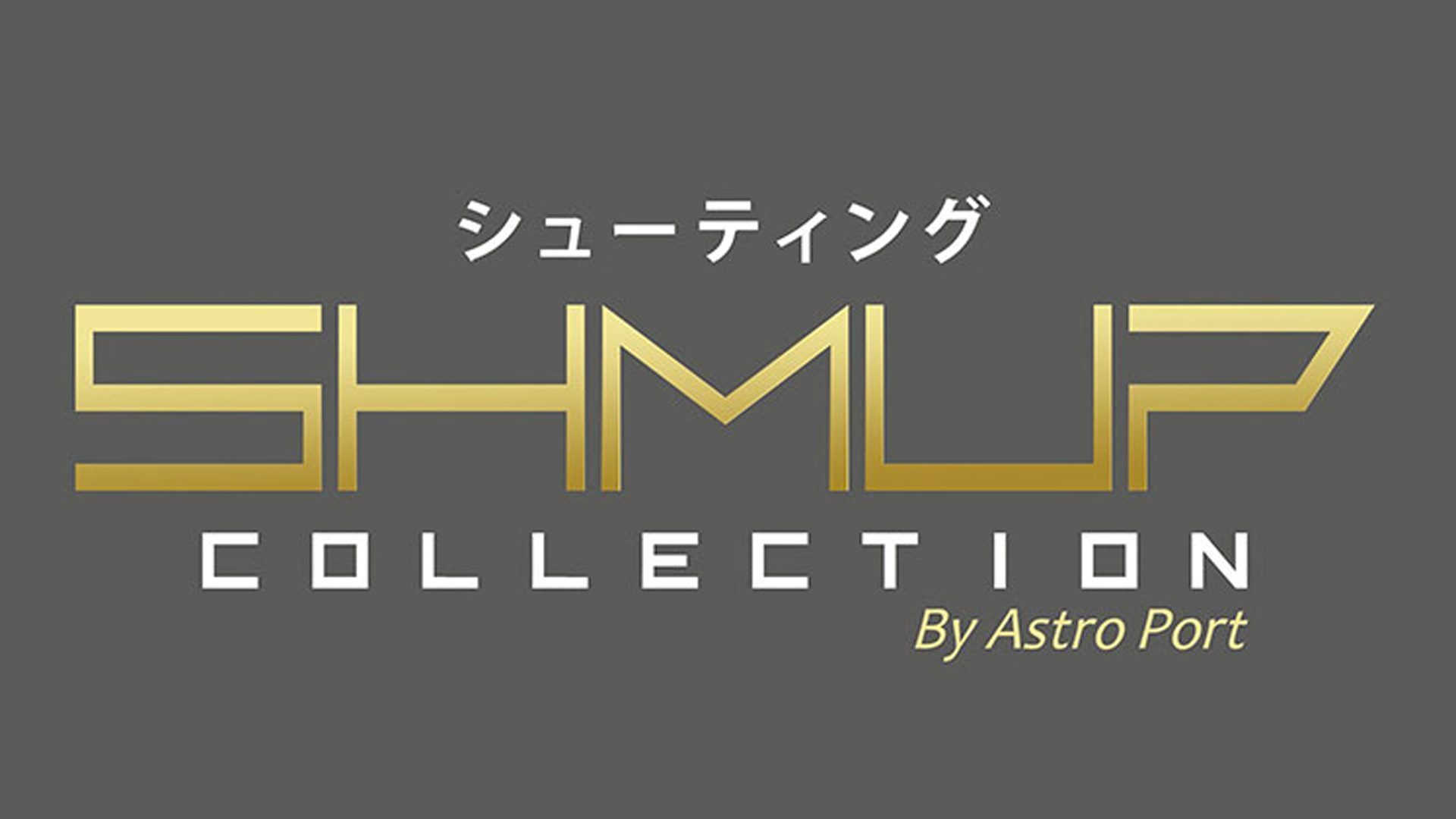 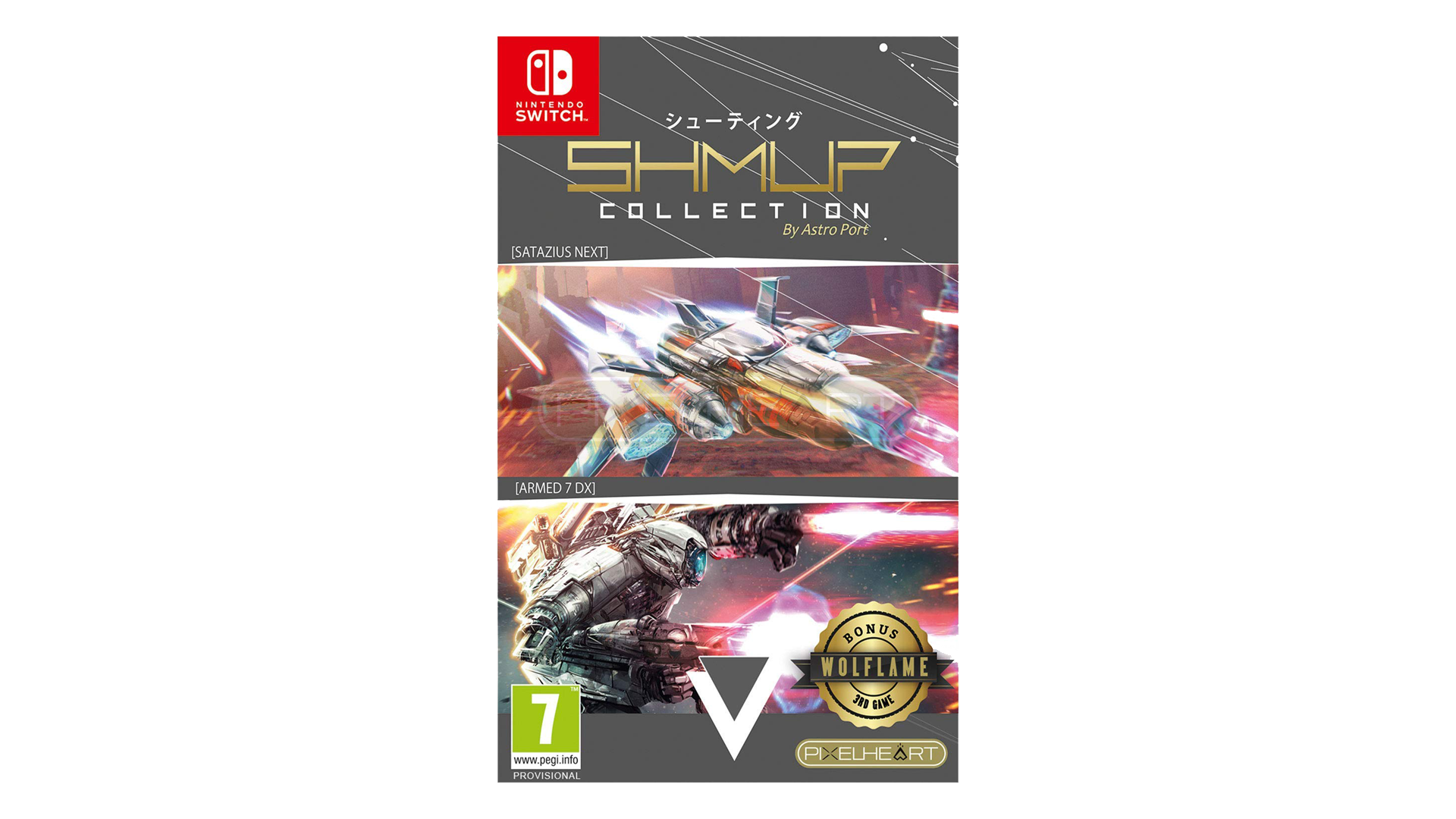 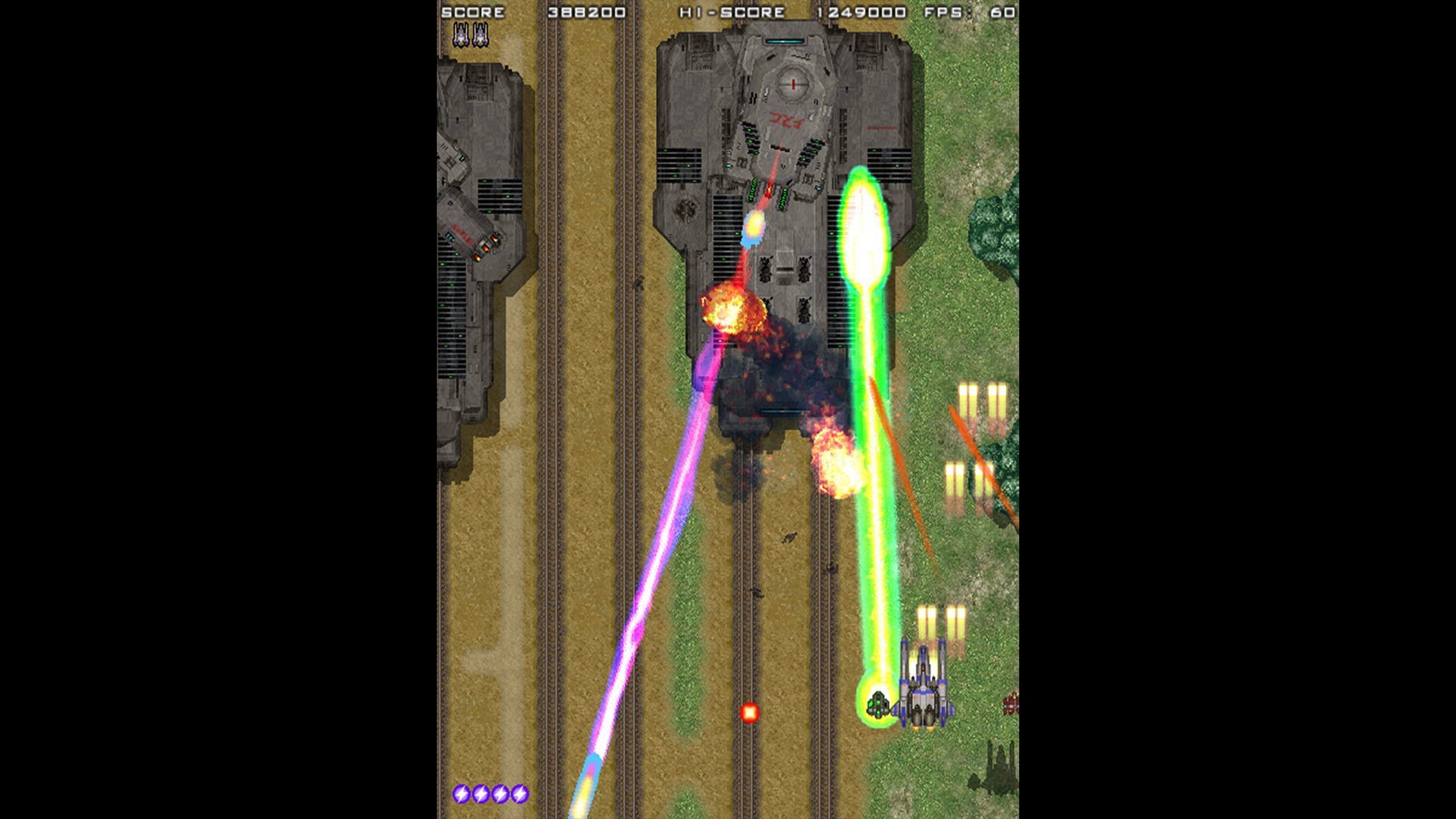 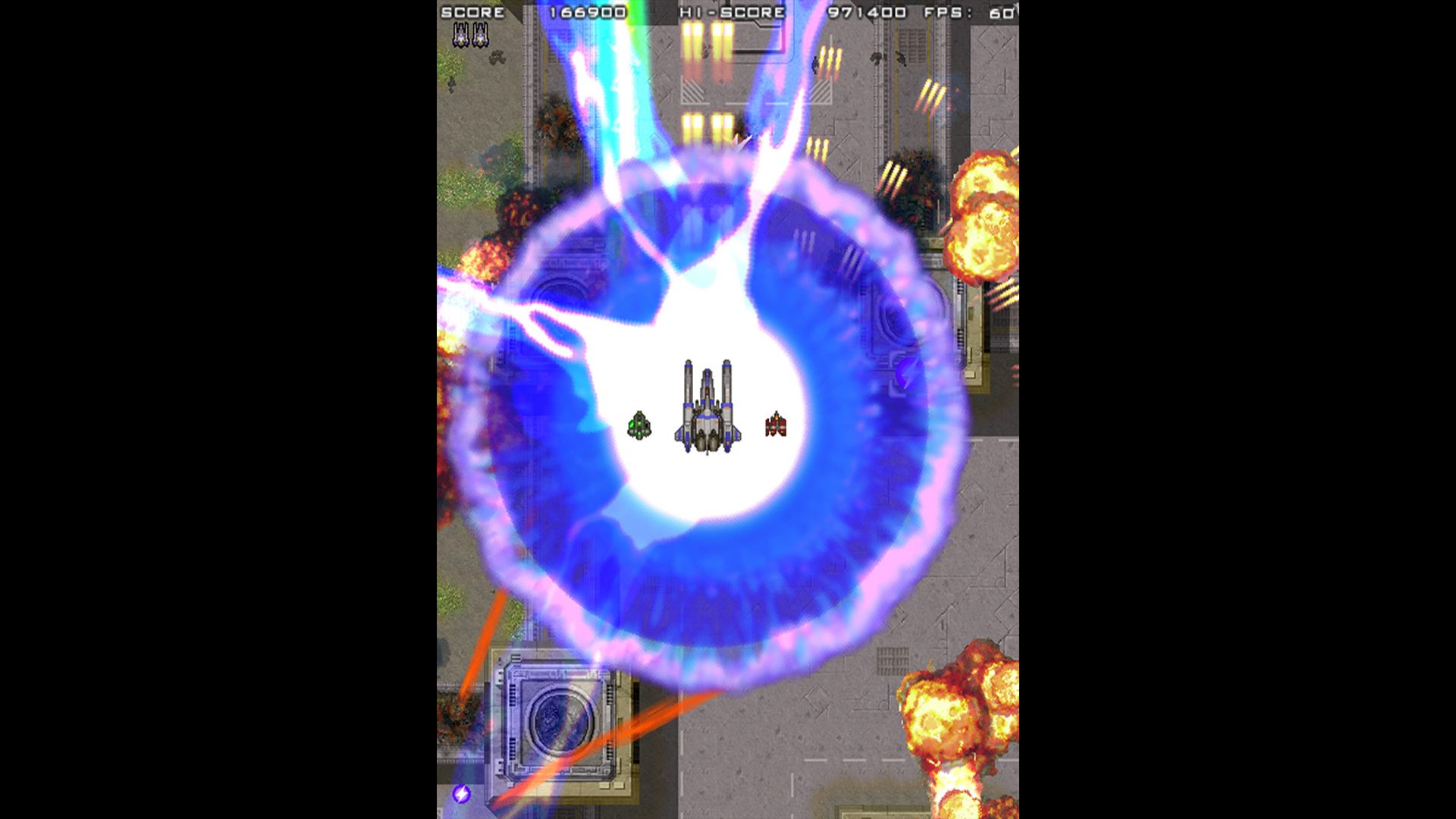 SHMUP COLLECTION is the ultimate shoot them up collection from the vaults of Astro Port studio. Each game was remastered to offer you the best gaming experience ever. Your mission is simple, fight all enemies and save humanity.

With ARMED SEVEN DX, discover 7 stages of pure mecha-shooting action with customisable weapons. Use all laser beams, space rockets and missiles to suit your needs. Gear up and fight !

Discover SATAZIUS NEXT the new classic shoot them up for your console. Completely redesigned and animated for more gaming pleasure, Satazius Next takes you in a galaxy far away. Lost on planet Agano, resist the attacks of space pirates and save the universe from destruction. Aim to kill to defeat your enemies.

With WOLFLAME, defend the living humanity of planet Sig Fildonia. Your mission is to destroy the invaders military base and turn Operation Wolflame into a successful resistance campaign.

Enter the futuristic resistance and use all your skills and weapons to defeat alien forces from eradicating all life forms.

✔ 3 Shoot Them Up classics on 1 cartridge.
✔ All games feature a wide range of customisable weapons.
✔ Four levels of game difficulty: from easy to insane.
✔ Various Shmup Styles to accommodate all players.

This website uses cookies to improve your experience while you navigate through the website. Out of these, the cookies that are categorized as necessary are stored on your browser as they are essential for the working of basic functionalities of the website. We also use third-party cookies that help us analyze and understand how you use this website. These cookies will be stored in your browser only with your consent. You also have the option to opt-out of these cookies. But opting out of some of these cookies may affect your browsing experience.
Necessary Always Enabled

Any cookies that may not be particularly necessary for the website to function and is used specifically to collect user personal data via analytics, ads, other embedded contents are termed as non-necessary cookies. It is mandatory to procure user consent prior to running these cookies on your website.