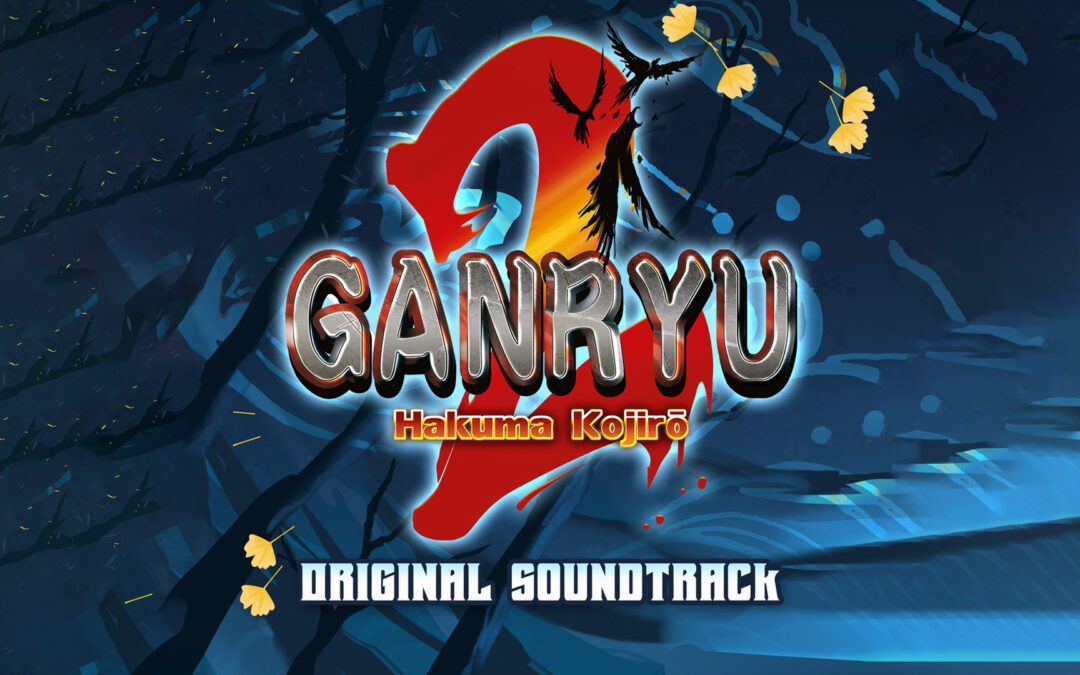 Hello ninjas ! I’m Max, Producer on Ganryu 2 and I’m happy to share with you an interview of Stef Sirrah, composer on the game. I hope you’ll like it!

Ganryu 2 official soundtrack is available NOW on all streaming platforms, as well as the game ! Enjoy ! (Spotify, Deezer, Apple Music and more…)

Max: Hey Stef, how are you doing ?

Stef: Quite fine, thank you very much !

Max : So when have you started to work on this project?

Stef : The composition work started while ago… I only had the GDD in front of me (so no “ingame” visuals at all!)

I started to work on a test piece to determine the style in which I would continue thereafter.

I proposed very quickly a piece for the 1st stage in a “rock” style! both in terms of rhythmics and sound of the drums and a bass while mixing it with traditional Japanese instruments.

The goal of this mixture was to propose dynamic music that evokes the fight, and the danger.

Storybird asked me to reinforce the whole thing with chiptune synths to match the retro style of the graphics which I did right away.

On this track I think I was inspired (unknowingly) by all my hours spent watching Naruto episodes!

For the other tracks, the team gave me visuals of each stage in progress and I generally composed based on what these images inspired me. Storybird also gave me references of game or animation music to guide my research.

If you want a funfact, I finally had the demo of the first stage for the rest of the composition, so I tested my music by superimposing it on my game sessions to see if their integration worked. It’s very practical, it allows to see quickly if it works in game.

Max : Which instruments have you used to record the soundtrack of Ganryu 2? I understood that you used some drums and Japanese instruments. Which were them?

Stef : Some retro, some regular and some Japanese instruments! All were VSTs from my software Ableton Live 10 I have to admit, but I used :

I also used three more specific instruments to give the unique asian flavor of the soundtrack :

If you don’t know the sound of these instruments, I would highly recommend you to take an ear.

Shakuhachi used for a wonderful cover of The Legend Of Ashitaka

Max : What are your music inspirations for Ganryu 2?

Stef :  First of all, some games and series has inspired me for the whole ambiance: Teenage Mutant Ninja Turtles: Turtles in Time and Secret of Mana, my favorite SNES games, and an anime about ninja that you probably know… Naruto !

And more precisely on some parts:

Max : How long did you took to create all the songs we can hear in-game ?

Stef : The longest part is the research of the first song, it’s the point where everything started. I don’t know exactly how long it took me. There is a lot of research of instruments and to be sure to find the base that will be used for the entire soundtrack. The goal is that between each piece we know that we are in the same universe and the same game thanks to this base of instruments (yes it’s logical but it’s the most important point) Thanks to that we can then have fun by varying some instruments between pieces to give them each their identity.

After this is set up, everything goes faster! I am in a kind of dynamics which inspires me and allows me to make on average a loop of 2min in 3 days I would say (between the work of composition, the structure, the finishes and the mix).

Max : Thank you for your answers Stef! One last question… What’s your favorite ninja?

You can find now Ganryu 2 Soundtrack on Steam as well as traditional music providers (Spotify, Deezer, Apple Music and more…)